I had a lot of other firsts, too. I rang in 2015 on the Queen Mary. I had a Disneyland Bucket List. I went to a taping of Dancing with the Stars. I watched Hocus Pocus and Breaking Bad. I went to D23 and Star Wars Celebration. I went to the Hollywood Bowl. Twice. I went to three movie previews. I moved in to my very own apartment without roommates. I made home-made donuts. I went to the Magic Castle. I ran a 10k.

2. Did you keep your new year’s resolutions, and will you make more for next year?
I didn’t exactly have any resolutions, but I did tell someone early in the year that I wanted to run a 10k. He laughed at me and told me he didn’t think I could finish. I said some unladylike things to him, and promptly signed up for my first 10k. I crossed the finish line in November, a full 8 minutes faster than my goal.

I’m already signed up for a half marathon in January. I’ve had chronic Achilles tendinitis for a while, that has turned in to knee/hip problems, and were all made worse after the 10k, so I’m not sure about that one. We’ll see!

3. Did anyone close to you give birth?
YES! My best friend since kindergarten had a girl in January.

4. Did anyone close to you die?
Nope! This was the first year in a long while I didn’t have to attend a funeral!

5. Where did you travel?
In March, I went to PAX East in Boston with Miellyn. 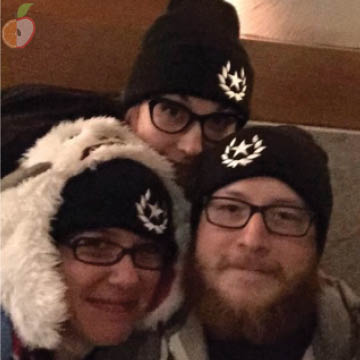 In May, I went to San Francisco with my new PAX friends. 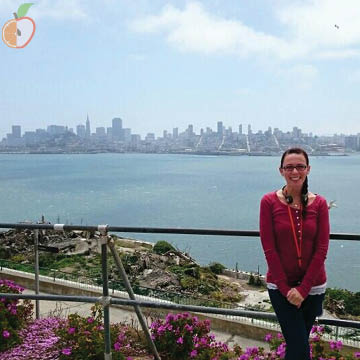 In August, I joined Miellyn in Seattle for PAX Prime.

In October, I went back up to Seattle to meet a stranger, and help him move to LA. It was easily one of the craziest things I’ve ever done, but also one of the best decisions of my life.

He took me on a helicopter tour of Seattle for our first date.

And in November, I went to Vegas with M, and we stayed out until the Sunrise and I totally felt like I was 21 again.

Sunrise from the Strip.

7. What days from 2015 will be etched upon your memory, and why?
June 1. I moved in to my very first apartment without roommates.
October 10. I flew to Seattle to essentially meet a stranger and help him drive to Los Angeles.
November 14. I completed my very first 10k.

8. What was your biggest achievement of this year?
Hanging my curtains. Seriously. It took 3 tries, lots of tears, and several bottles of wine before I could get those stupid pieces of fabric up on the walls. Huge thanks to Jessica for driving nearly 2 hours with a power drill and candy to get me through the task.

These curtains were assholes.

9. What was your biggest failure?
I don’t actually think I had any major failures this year. Every challenge that was thrown at me this year, I came through.

10. Did you suffer illness or injury?
I had a pretty nasty cold for most of December (that’s still lingering ugh). Also, the aforementioned ankle/knee/hip thing that just won’t go away.

11. What was the best thing you bought?
I bought my very first ever couch. It has a pull out bed, so let me know if you want to come visit!

12. Whose behavior merited celebration?
Jessica Fox. She spent the first few months of 2015 listening to me vent and cry as I recovered from 2014. She met me for breakfast and Fun Wheels and other Disneyland fun. She saved my sanity with my curtain debacle. She convinced me to take a really huge leap which led me to meet M. 2015 would have been a lot less fun with out her, and she’s the best. 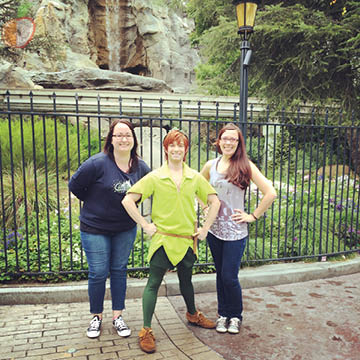 13. Whose behavior didn’t merit celebration?
Rob sent me more than one box of dirty dishes, so that was pretty shitty.

14. Where did most your money go?
My new apartment. It’s weird when you move in to a place by yourself for the very first time, and you discover all the things you never had because former roommates had everything you needed. Like a microwave. And an iron. And a couch.

I still don’t have the iron.

15. What did you get really, really, really excited about?
I get excited about a lot of things, but the thing that was really the most exciting was meeting M in Seattle for the very first time. I was so nervous, my friend had to circle the airport a couple of times before I calmed down, and I had to have a Bloody Mary (or two) at the airport bar before I was calm enough to board the plane. Still the best decision I made in 2015. 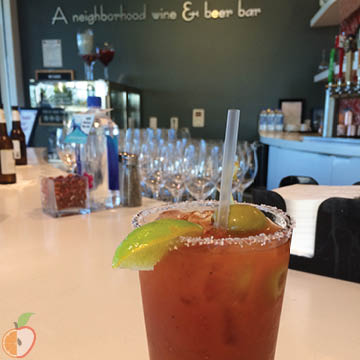 16. What songs will always remind you of 2015?
I don’t listen to a lot of new music, but Delirious came on my running station quite frequently, so I’d say that was a recurring theme in my training runs.

17. Compared to this time last year, are you: a) better hair or worse hair? b) more organized or less organized? (This question used to be happy/sad, thin/fat, rich/poor, but A’dell switched it up, and I like these better, too.)
A. I haven’t changed my hair style in years. I’ve been growing it for 4 years, and it’s the longest it’s ever been. I go through phases of wanting a major change, but then I do a perfect fishtail braid, and can’t imagine changing it up at all. Eventually I’ll need to go shorter, but right now I just can’t decide. 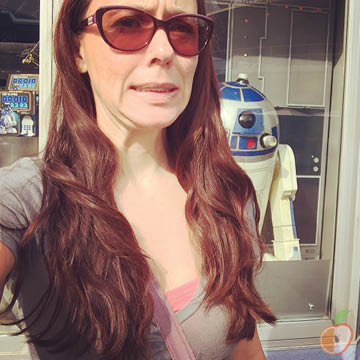 My hair is out of control.

B. I like to refer to it as “organized chaos”

20. How did you spend Christmas?
I went to Disneyland/DCA in the morning. I only stayed 4 hours, but I had a highly efficient day. I had peppermint beignets from New Orleans Square, rode Jingle Cruise, went on Radiator Springs Racers three times in a row (god bless the Single Rider line), picked up some last minute presents for friends, chatted with no less than three children about how awesome BB8 is, ran in to an old friend from my Disney days, and finished the day out with going on Soarin’ over California. 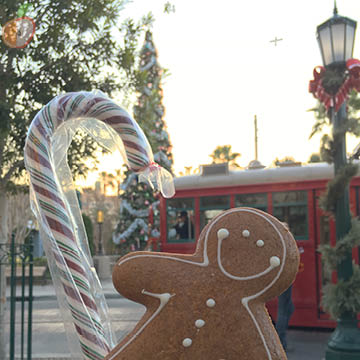 Those Disneyland Candy Canes though…

22. What was your favorite TV program?
Mike discovered I had never seen Breaking Bad, and after we watched all of the episodes, I can say it definitely lives up to they hype! I also loved Agent Carter.

23. What was the best book you read?
I devoured Red Rising, and immediately followed up with Golden Son. Seriously, if you haven’t read them yet, stop what you’re doing now and go read them.

24. What was your greatest food discovery? (Last year this question was musical discovery, but I don’t listen to a lot of music, but I do eat a lot of food. So we’re going with this.)
Mike introduced me to black cod, calamari steak, and vegetarian shellfish-free ramen bowls.

While I technically had my first Fun Wheel at the end of last year, I definitely had my share in 2015.

25. What did you want and get?
On January 1, I wrote on Instagram that I wanted Adventure for 2015. Between Boston and San Francisco and Seattle (three times!) and helping someone move to LA, and falling in love, I’d say my year was full of adventure.

26. What did you want and not get?
I wanted to go to NYC, but I just couldn’t find a free weekend to sneak away.

28. What did you do on your birthday, and how old were you?
I turned 34. The night before my birthday, my friend Jason came over for dinner and took some really nice pictures of me. As a photographer, I almost never have pictures of myself, so this was really great. 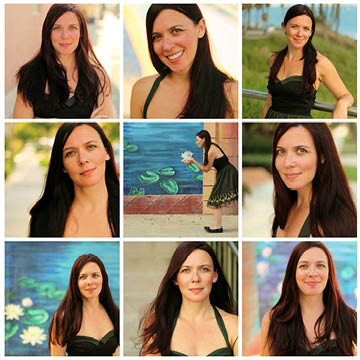 On my actual birthday, I headed to Disneyland. I met up with some friends. I got separated from my group. I ran in to other friends. I drank Fun Wheels. I watched Fantasmic! I watched the Fireworks. I got VIP seats for the Paint the Night parade. I stayed from park opening to park closing. It was a blast.

I got separated from my group, but I still had fun. 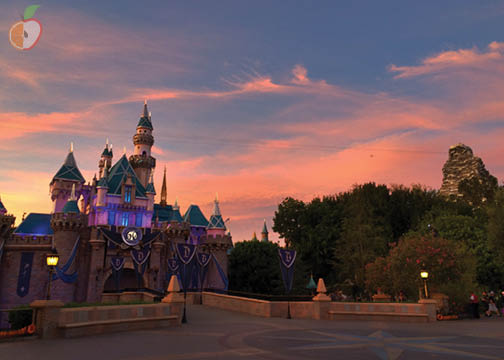 29. What one thing would have made your year immeasurably more satisfying?
I’d actually say this year was pretty great. I wouldn’t change a thing!

30. How would you describe your personal fashion concept of 2015
Fangirl Chic? I somehow ended up with a lot of fun skirts. 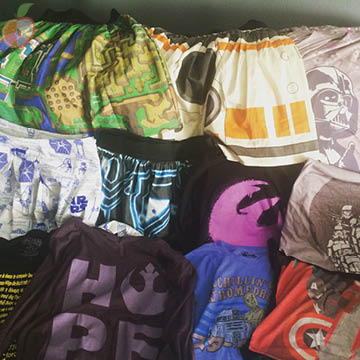 32. What political issue stirred you the most?
Let’s not get into politics here.

33. Who did you miss?
For the first year in forever, I didn’t get to have dinner with Melissa on the roof of her amazing apartment building.

As much as I miss those NYC views, I miss Melissa more.

34. Who was the best new person you met?
Michael, duh.

But I’m going to go ahead and say that Josh, Corrine, and John Denver were close seconds.

35. Tell us a valuable life lesson you learned in 2015.
I didn’t realize how hard it is to live alone. I’ve learned a lot about myself and how much I’m actually capable of. There was one afternoon where I had just finished painting my walls, and I sat down on the drop cloth with leftover pizza and a beer. I had never in my life felt more independent. 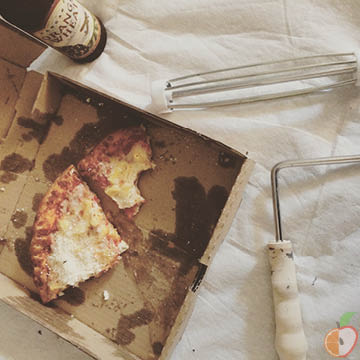 36. Show us one of your favorite photos from the year.

2015 was definitely the year of the Fun Wheel.